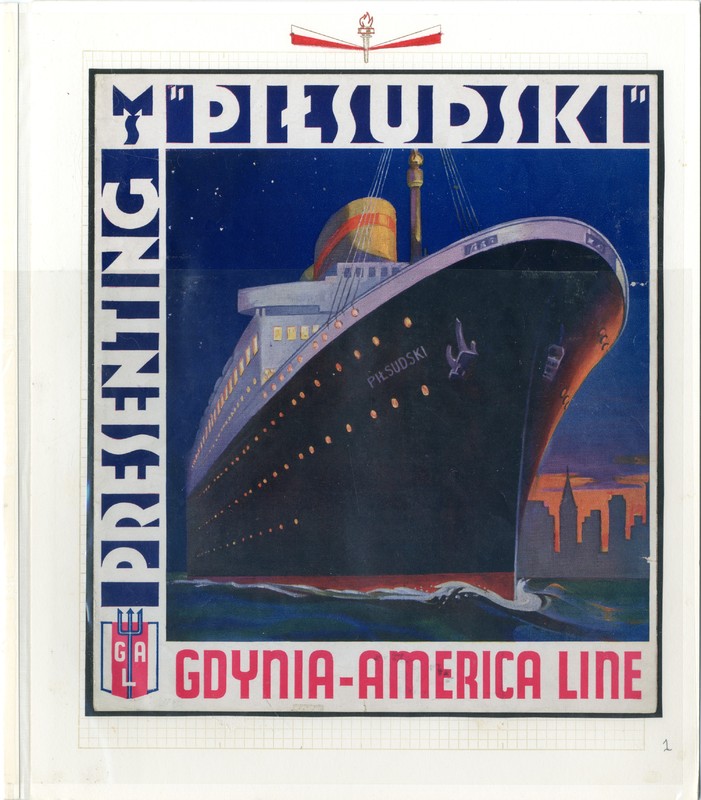 In an effort to promote growing business, Poland gave Italy five years of coal shipments in exchange for two large passenger ships known as the M.S. Piłsudski and the M.S.Batory. The M.S. Piłsudski, recognized for its immense size and modern facilities, held its maiden voyage on September 15th 1935. Sailing under the Polish Flag from Gdynia, Poland to New York, the ship was the first of the two ocean liners commissioned by the Gdynia-America Line. With 160 metres in length and 21.5 metres in width, the M.S. Piłsudski was able to carry 773 passengers and a crew of 350. The ship contained materials from almost a dozen countries, allowing for it to be built with the finest equipment. Its interior however, was designed by the best Polish architects and designers, who contributed to developing the first ever swimming pool to be included on a Polish ship and added plenty of Polish character to the vessel. The ship soon gained popularity as it was praised for its service, management and Polish cuisine. Its first voyage to New York went smoothly and witnessed a grand welcome among Polish immigrants living in the United States, who viewed its arrival as a great event for their community. The ship continued to sail from Gdynia, via Copenhagen and New York, to Halifax, until the outbreak of World War II. Its second voyage however, was confronted with a storm that greatly tested its stability and damaged many of the ships decks, leading to many repairs and modifications that were to be completed before its next trip.