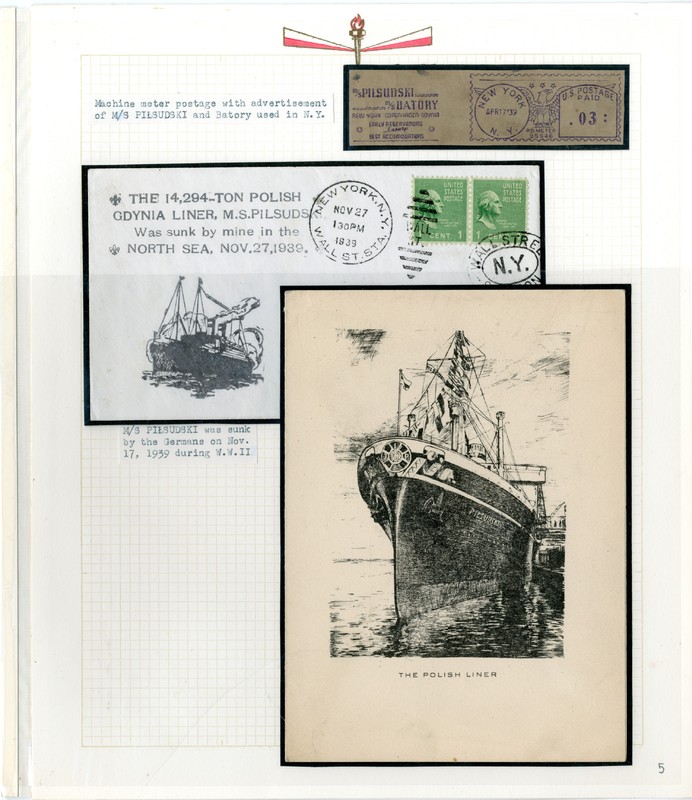 Information concerning the sinking of the M.S. Piłsudski

With the start of World War II in 1939, Poland fell to the Germans and the two passenger ships were put under British command for military use. In two months the M.S. Piłsudski was blown up by German mines on November 25th, 1939. The entire crew was successfully rescused, except for one mechanic and Captain Mamert Stankiewicz, who died during the ship's four hour sinking. On the other hand, the M.S. Batory survived the wartime years and even took part in multiple military actions. After the war, the ship continued to make voyages to the United States, taking with it the memory of its twin, the M.S. Piłsudski.