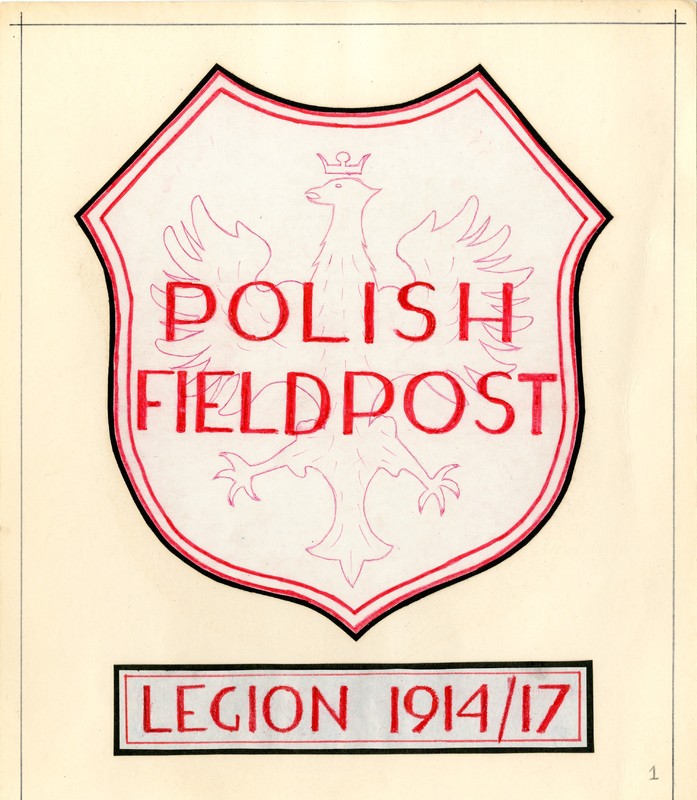 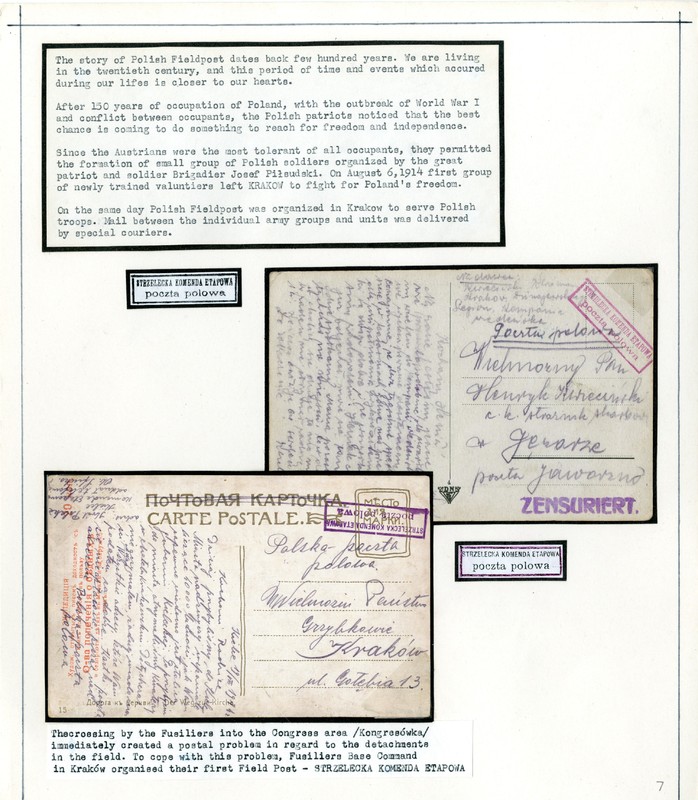 The first fieldpost office was organized in Kraków, as a way for the Polish Legions to communicate between one another

Throughout the war, the Polish Legions would send countless postcards and letters between
each other, in which official markings, officer schools, command news and legion services
were often discussed. The first fieldpost office was organized in Kraków and mail between individual army groups and units was delivered by special couriers. Changes in fieldpost offices soon became neccessary however, as they were relocated to safer areas. Each postcard distinguished itself from regular mail, as various eagle types were stamped on the back, symbolizing different sections of the Polish Legions. Some of these postcards however, fell into the hands of the Germans and Austrians who censored them.