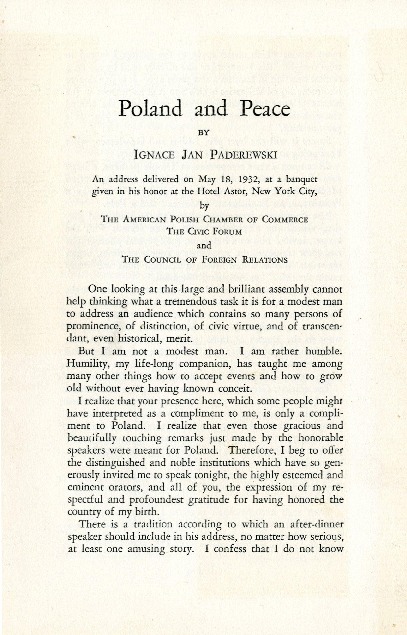 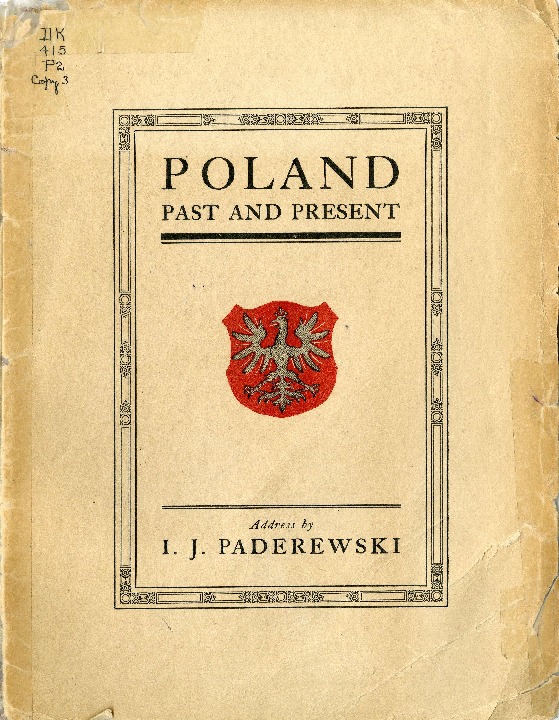 Although known for his musical genius, Ignacy Jan Paderewski dedicated most of his life campaigning Polish independence. His political activism started when in 1910 he presented to the city of Kraków a monument commemorating the 500th anniversary of the victory of the Poles over the Teutonic Order. During World War I  he became a member of the Polish National Committee and was appointed its representative to the United States, where he urged President Woodrow Wilson to support the cause of Polish independence. It was because of Paderewski’s efforts that Wilson included Poland’s cause as the 13th of his Fourteen Points of January 8, 1918.

Paderewski and his wife Helena used their power, friends, media and concerts to bring Poland independence and later on to secure funds for necessary investment, rebuilding and help. In 1918 Ignacy Paderewski and his wife helped to organize the Polish Army in Canada which deployed in  France. In 1919, in the newly independent Poland, Piłsudski who was the Chief of State appointed Paderewski as the Prime Minister of Foreign Affairs (January 1919 – December 1919). Paderewski and Roman Dmowski represented Poland at the Paris Peace Conference. Following peace negotiations, Paderewski signed the Treaty of Versailles, which restored the territories of Greater Poland and Pomerania around the City of Gdańsk to Poland.Following the invasion of Poland by Nazi Germany and the Soviet Union, Paderewski continued to support the Polish cause for independence by promoting Polish relief efforts in the United States.