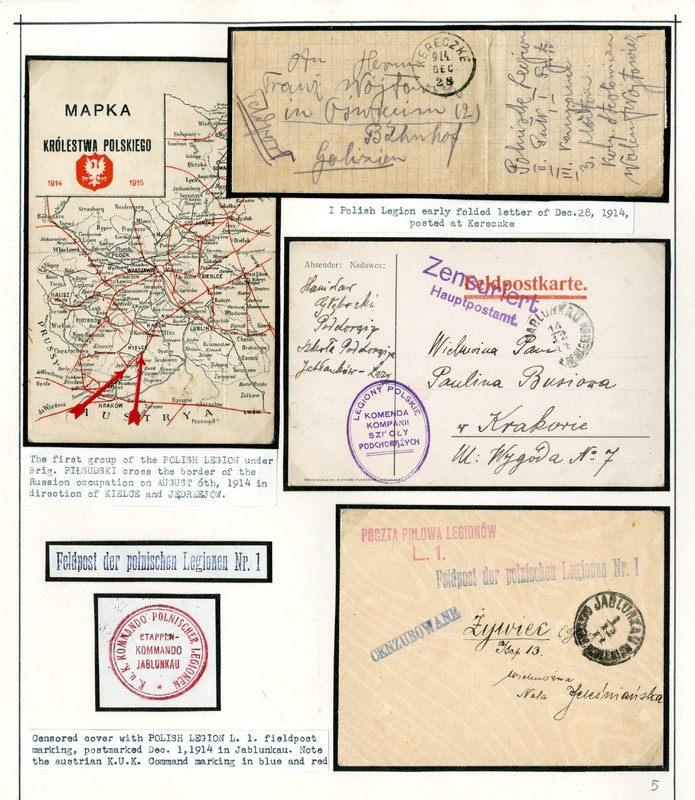 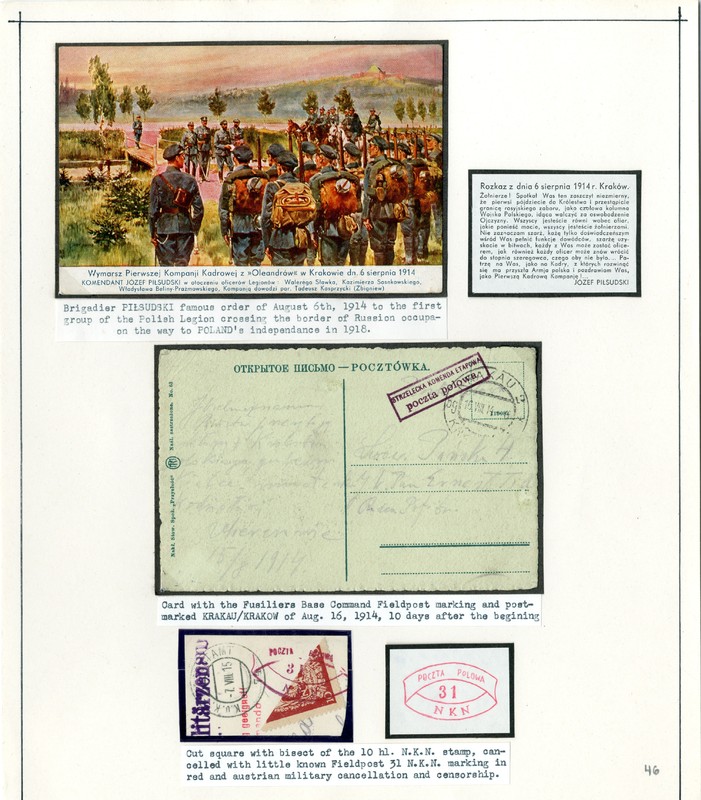 On July 28th 1914, Austria-Hungary declared war on Serbia, provoking much of  Europe to join into the fight. At the time, Poland had ceased to exist for the past 119 years, due to a series of partitions by Russia, Prussia and Austria. Thus, the start of World War I presented a perfect opportunity to fight for the Polish cause. Polish politicians soon made their way to Vienna, in hopes of creating Polish military formations within the Austro-Hungarian Army. Although successful in formation, fighting for Poland proved to be a difficult act. On August 6th, 1914, Józef Piłsudski issued an order calling for the Polish Army to cross the Russian border in hopes of provoking an anti-Russian uprising within Kielce. This act however, proved unsuccessful as many local Poles remained loyal to Russia.

The formation of the Legions was declared by Józef Piłsudski in his order of August 22, 1914. The Austrian government, having jurisdiction over the area, officially agreed to the formation on August 27, 1914. The unit became an independent formation of the Austro-Hungarian Army thanks to the efforts of the Supreme National Committee and the Polish members of the Austrian parliament. Personnel came mostly from former members of various scouting organizations, including Drużyny Strzeleckie and Związek Strzelecki, as well as from volunteers from all around the Austro-Hungarian Empire.

The commanders of the Legions were consecutively: Gen. Karol Trzaska-Durski (September 1914 – February 1916), Gen. Stanisław Puchalski (until November 1916), Col. Stanisław Szeptycki (until April 1917), and Col. Zygmunt Zieliński (until August 1917). After the war ended the officers of the Polish Legions became the backbone of the Polish Army.

The Legions took part in many battles against the forces of Imperial Russia, both in Galicia and in the Carpathian Mountains. They suffered great casualties as they were outnumbered in the Battle of Łowczówek. They captured Kielce, and in 1915 took part in the offensive on Warsaw. In June 1916 the unit had approximately 25,000 soldiers. After the Battle of Kostiuchnówka, where 2,000 Polish soldiers died delaying a Russian offensive, Józef Piłsudski demanded that the Central Powers issue a guarantee of independence for Poland. Hence, the Polish Legions became the Polish Auxiliary Corps. After the Act of 5th November of 1916, which pronounced the creation of the puppet Kingdom of Poland between 1916–18, the Polish Legions were transferred unto German command. However, most of its members refused to swear allegiance to the German Kaiser and were consequently interned in Beniaminów and  Szczypiorno camps. Józef Piłsudski and Kazimierz Sosnkowski were sent to prison in Magdeburg.